Alumni update: One year on from the NZ Adventure Guide Program

Dana Ester was one of the inspiring students that joined us in 2017 for our Adventure Guide Program based in New Zealand. People come on our programs for a range of reasons - some as a break from study to spend time focusing on themselves, some to simply fill their lungs with fresh air for a few months, some hoping to begin a lifetime career in the outdoors.  From the start Dana knew she wanted to work in the outdoors, and was looking for the framework and confidence to set off on her own journey. We loved having her with us over her three months in NZ, so it was really cool to see an update pop up in the inbox sharing where she is now. Check it out! 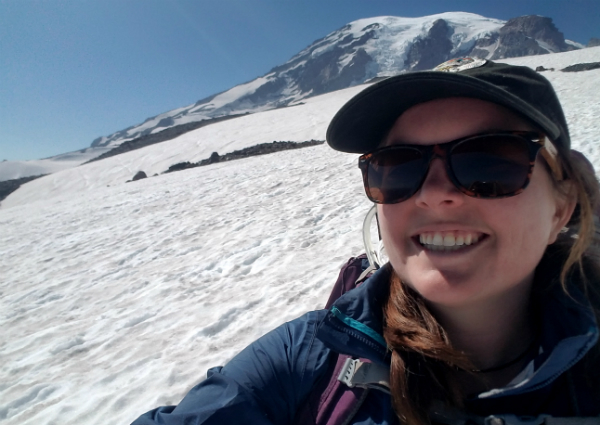 A year ago I made a bit of a reckless decision- I threw all my eggs in one basket and hopped on the next flight out to join the AGP team in Queenstown. Born and raised in the flats of Florida, I was bouncing my way around the mountains of California and Alaska looking for a way to translate my love for all these majestic peaks into a way to pay the bills. The ensuing adventure in New Zealand made it quickly clear I made the right decision, and the three months our crew spent gallivanting around the South Island were some of the best I'd ever had. We learned all the hardest skills, mastered technicalities, and trekked through some of New Zealand's most breathtaking sceneries. By the end of the program I was full of experiences that had pushed me to grow outside my comfort zone, dreams of working multi-week expeditions in exotic locations around the world, and an eagerness to get back into the wilderness as soon as I could.

I went back to the U.S. right after the program ended, thinking I would be returning to a coveted position on a ski patrol team in California, but ended up stuck in Florida when winter decided not to visit the Sierra Nevada Range that year. My guide training down under prepared me for the possibility of unfavorable weather patterns and the effects of climate change, and this is definitely an industry where your season and employment can be greatly affected by shifts in weather. Coming out of the AGP though, I felt like I'd overcome so many obstacles that I was ready for anything, and I jumped right into finding a position as Director of Operations and Lead Guide for a start up paddle company. Right in my own backyard, I was immediately applying my new guiding skills as I led trips around Florida's rivers and Atlantic Coast. 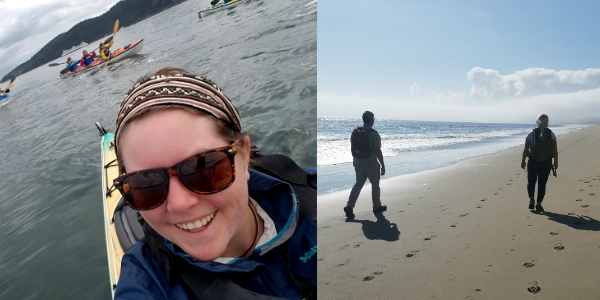 Not ready to be in one place for too long, I left Florida again at the beginning of the summer, jumping on an opportunity to lead a six-week expedition across the Pacific Northwest. This was my first chance at leading multi-week expeditions, only months after Pure Exploration’s program showed me that this kind of work was even available to me, and I honestly still can’t believe I found work in this industry so quickly after completing the AGP. My team was responsible for twenty 14-year-old girls backpacking around the rainforests, volcanoes, and rocky coastline of Oregon and Washington. We camped, climbed, and rafted the rivers of the Olympic Peninsula and Cascade Range, having the time of our lives. As that season ended, I've moved into a job as a naturalist in California working with school groups on wilderness field trips. 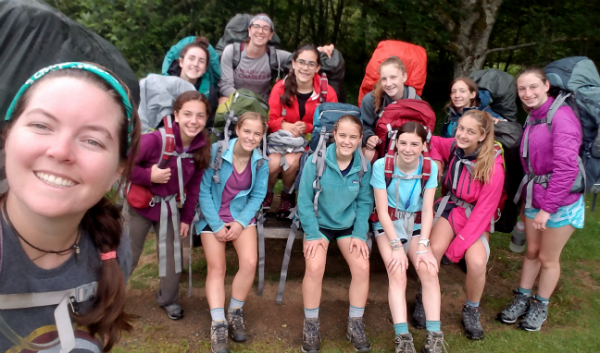 Both jobs have been transformative for my career as a guide and it's amazing how the AGP really prepared me for these positions. Not that I ever doubted Zach and the gang as they threw us into snow-melt fed rivers or up a high wall, but we got such an honest education in Queenstown- and I had experience as a true guide that I was able to bring with me as I started off on my first time as a multi-week trip leader. I actually use the exact same format now to learn about native California flora and fauna as I did when I was studying native New Zealand ecology before the NZOIA assessment. It's so incredible seeing how well prepared I've been for these dream jobs, work I didn't know was possible and now I'm out here living a life that hasn't been the same since I started my AGP last year. I literally don't know where I would be right now, if it weren't for Zach and the gang down under, and I can’t wait to see the amazing opportunities that are sure to present themselves to me as I progress deeper into this industry, and this wild side of life.

I'm not sure if you can tell yet Dana, but we are pretty proud of you. You really are exactly where you hoped you'd be. Your hard work and enthusiasm has paid off! One year on its a fantastic success story and we hope these updates keep rolling in from you every year with more and more exciting stories :)

If heading on a similar career path to Dana sounds like something that seriously turns your wheels, then get in touch! We work hard to ensure our programs are authentic, challenging, transformative experiences that you will never forget. And if you are keen to join the adventure tourism industry, we have the training, skills and connections to kick it all off.

Good news headlines, remember those? We’re pretty excited about this one and the future of New Zealand border restrictions 🎉 💯

Last weekend we welcomed the Australian Wallabies, we hope we can extend that welcome to the rest of Australia and the world soon! https://www.stuff.co.nz/sport/rugby/all-blacks/123064202/all-blacks-vs-australia-sports-fans-around-the-world-extremely-jealous-of-31000-fans-and-no-face-masks

Your University - Your Degree - Our Campus We are extremely proud to introduce you to our Adventure Campus. It offers a practical and exciting solution for students grappling with the decision of what to do with their upcoming Spring Semester plans. Students can choose between Rock, Hike, Ski or Snowboard placements which will gain them industry standard certifications! Take back what COVID took away, with an unparalleled college experience. Adventure is waiting! https://www.pureexploration.nz/adventure-campus/

It’s time to develop your rock climbing skills and discover the magic of ancient Greece ... with authentic cultural immersion, oceanside climbing and a chance to hang with local climbing lovers. An adventure where you gain epic new skills, keep fit and get to explore... is there anything better? You’ll leave with your Pure Exploration Rock Climbing Supervisor Qualification, a swathe of new mates from all over the world and an absolutely unforgettable experience. Six weeks in paradise! https://www.pureexploration.nz/adventure-guide-programs/europe/thailand-6weeks/

Before every big hiking adventure comes the most important part; the planning and the packing. Check out our recent blog about why the contents of your pack can be the difference between a safe or dangerous trip. https://www.pureexploration.nz/about/news/safety-is-no-accident/

Into cool things? So are we! Subscribe to our monthly newsletter and receive the latest news, program updates and rad stuff we think is worth sharing!

Exactly one year ago today, a group of 10 strangers embarked on a journey they'll never forget! ⠀⠀⠀⠀⠀⠀⠀⠀⠀ ⠀⠀⠀⠀⠀⠀⠀⠀⠀ While currently separated over 3 different continents, some of the group still live together, some have reunion plans on hold, some are glad to never, ever, see a long drop again, and others are living that rad van life! ⠀⠀⠀⠀⠀⠀⠀⠀⠀ ⠀⠀⠀⠀⠀⠀⠀⠀⠀ We caught up with program Alumni, Summar, to get her take one year on...

Over the weekend New Zealand did a thing! 👏👏 One step closer to the return of adventure travel!

Our Outdoor Instructor Training & Industry Experience is the true zero to hero program, for those with the determination, drive and aptitude to explore, grow and succeed! It is an accelerated, practical immersion program, which offers a unique pathway from training to employment in the outdoor industry. It offers an unparalleled combination of training, qualifications and mentored transition from practitioner, to leader, and then to instructor, with quality industry experience. Pure Exploration Director, Zach Johnston, gives us the inside scoop on the Outdoor Instructor Program! Watch to find out more...